Kathleen Ferrier was (and still is) one of the world’s great singers. Her appeal transcends all ages and seemingly all generations, more so perhaps than any other singer. She died more than fifty years ago, yet she is still remembered and her voice is still heard and loved by millions around the world.

Kathleen Mary Ferrier was born on 22 April 1912 at Higher Walton, a village near Preston in Lancashire in the North of England. She died in London on 8 October 1953. During her short career she went from one triumph to another, received the adulation of her peers, of critics and of audiences all over the world and still maintained her natural charm, nobility, humility, humour and love for truth, people and life. 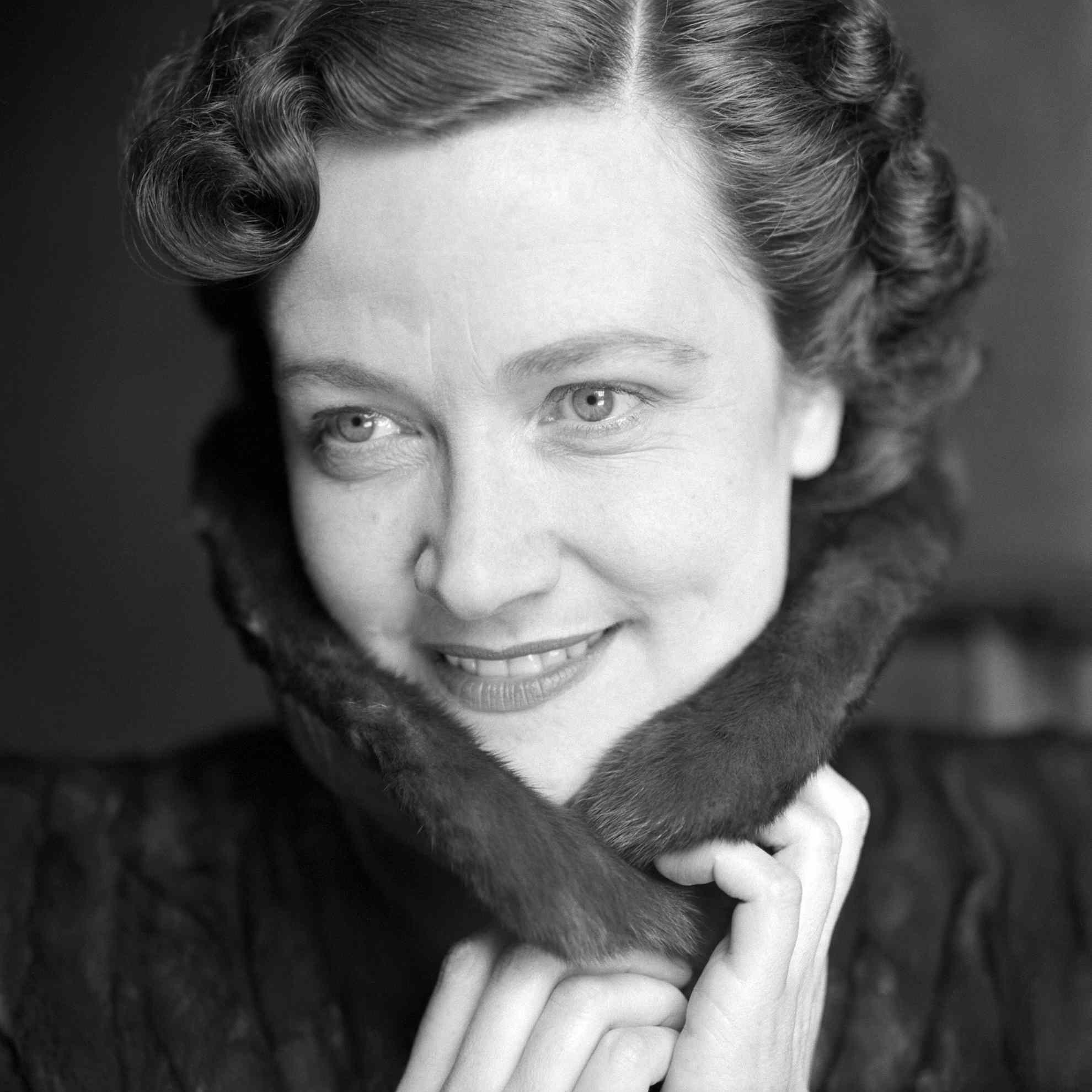 From Carlisle to Covent Garden in five years! Lucky Kaff! 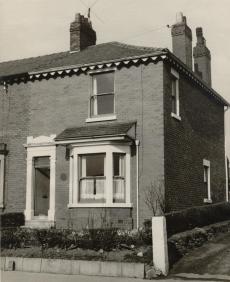 Kathleen’s father was the village schoolmaster at Higher Walton. A good singer himself, he taught most of the music at the school. He later became a headmaster in Blackburn and the family moved there when Kathleen was two years old. 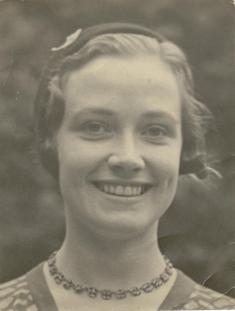 Kathleen did not begin her career as a singer. She was a keen member of the school choir but even then she had a big voice and she was usually asked just to stand at the back and sing quietly. Her mother, keen to encourage Kathleen’s musical interest, arranged piano lessons for her and, as a talented young pianist of only 14 she passed the final grade of the Associated Board of the Royal Academy of Music and the Royal College of Music. A newspaper of the time called this ‘an unprecedented success for so youthful a student.’

Kathleen left school at 14 and went to work for the GPO in Blackburn, first in the telegrams department and then as a switchboard operator.
In July 1930, at the age of 18, Kathleen took part in her first concert as a pianist, which was broadcast from Manchester, and began to accompany many local singers in a musical scene which was very active in Lancashire. She regularly entered and won all the major music festivals, but had become interesting in singing and began taking some rudimentary lessons from the singers she accompanied. 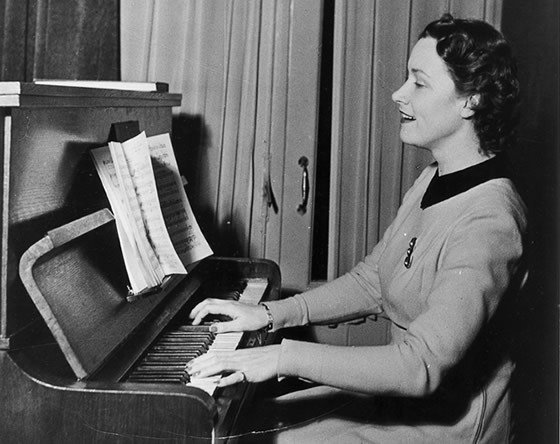 By the time Kathleen was 23 she was married and living in Silloth, on the Cumbrian coast, where her husband was the local bank manager. Kathleen gave piano lessons to the local children. When she entered the prestigious Carlisle Festival in 1937 as a pianist, her husband bet her a shilling that she dare not enter for the singing contest as well as the piano prize. Never one to refuse a dare Kathleen accepted the challenge, entered the contralto solo class and not only carried off both trophies, but won the first prize for the best singer at the Festival. Carlisle was a turning point, and this brilliant new singer was in great demand. In 1939 she made her first radio broadcast as a singer.

Kathleen was approached by CEMA – the Council for the Encouragement of Music and the Arts, and the forerunner of the Arts Council of Great Britain. It was now wartime and CEMA were doing an ENSA style job in bringing music to people in the factories, villages and hostels throughout Britain, during the war years. In June 1941 she signed up with CEMA and her professional career had effectively begun. The CEMA tours were hard but invaluable and important training for Kathleen. Wartime travel was extremely difficult and the venues were geographically haphazard, the North one day, South next, North the day after, and so on. She sang in church halls, cinemas, schools and factories – in fact anywhere where an audience could be got together. 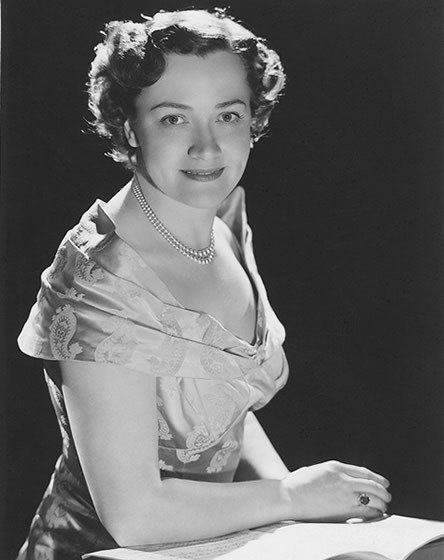 In 1942 Kathleen sang for the great English conductor Sir Malcolm Sargent who told her that she had a great future, but that to further her career she must live in London. With the help of her sister, Winifred, the decision was made and they moved into a flat in Hampstead. Kathleen began lessons with the baritone singer Professor Roy Henderson who helped to improve Kathleen’s voice dramatically.

Kathleen’s career began to take off. She made records and became well known on the concert platform and in all the great oratorio works, particularly the Messiah and Elgar’s masterpiece The Dream of Gerontius. The composer Benjamin Britten wrote his second opera, The Rape of Lucretia, with Kathleen in mind for the title role.

Kathleen sang for the first time in New York in 1948, to great acclaim, and then began tours of America, Canada, Holland, Scandinavia and America again. The problems of travelling abroad were almost as bad as travelling at home. Stars in those days did not have the entourages they have now, and Kathleen was mostly on her own, coping with indifferent and sometimes non-existent hotel arrangements.

During 1951 Kathleen had an operation to remove a malignant breast tumour. This seemed to be successful and she resumed her career after a spell in hospital. She toured again, at home and abroad and was one half of many brilliant collaborations – with Roy Henderson, Benjamin Britten, Sir John Barbirolli and the great German conductor Bruno Walter, with whom she was instrumental in bringing the work of the composer Gustav Mahler to a much wider audience. Throughout 1952 she was dogged by problems of movement and it was found that further treatment was necessary. Determined as ever, she fulfilled as many of her commitments as she could between regular hospital visits. Eventually though, she was unable to meet the travel demands. She and Barbirolli were working on an English version of Orfeo and it was as much as she could do to keep up with this. Despite a further operation her condition continued to deteriorate and she was re-admitted to hospital where she died on 8 October 1953.

Kathleen Ferrier’s life was not a tragic one, even despite its brevity. She was forty-one years old when she died. In the ten years or so of fame which were granted her she achieved more than most singers achieve in a lifetime. In tribute Bruno Walter said that the greatest privileges in his life were to have known and worked with Kathleen Ferrier and Gustav Mahler – in that order.

Kathleen, by Maurice LeonardKathleen, by Maurice Leonard, Hutchinson (1988) – An excellent portrait that enlarges considerably on earlier biographies. It reveals aspects of Kathleen’s life and illness that her sister had been reluctant to focus on so soon after Kathleen’s death, and was written with Winifred’s full co-operation and help. Extensively illustrated. A revised and updated version was published in May 2008 by Nonsuch Publishing.

Ferrier – A Career Recorded, by Paul CampionFerrier – A Career Recorded, by Paul Campion, Thames Publishing/Music Sales (2005) – An annotated discography that considers Ferrier’s recordings in the context of her short, busy career; it includes details of dates, recording venues and issue numbers. All of Ferrier’s recordings known at the time of writing are discussed, including a number ‘re-discovered’ shortly before the book’s publication; includes a section about Ferrier on film and DVD. Extensively illustrated. Selective Errata and Addenda

Some links of possible interest

For eight decades Kathleen Ferrier’s records have taken pride of place in many music-lovers’ collections in almost every country of the world. The range of her records represents pretty well her repertoire as it developed during the ten fruitful years of her career.

Kathleen’s first recordings were made for EMI at Abbey Road Studios in north London in June 1944; these were simply test records, not intended for public sale, and it was almost 35 years before they were first issued. Three more recording sessions for EMI followed and included music by Handel, Greene, Purcell and Mendelssohn; by February 1946 she had changed her allegiance to Decca Records, not having enjoyed a good rapport with Walter Legge, in charge of her earlier sessions. Her only other recording for EMI – Mahler’s Kindertotenlieder – was made in October 1949 with special permission granted by Decca.

Kathleen’s major recording projects for Decca between 1946 and 1952 included Pergolesi’s Stabat Mater, Bach’s St Matthew Passion and two of his choral cantatas, an abridged version of Gluck’s opera Orfeo ed Euridice, Brahms’s Alto Rhapsody and Vier Ernste Gesänge, Schumann’s Frauenliebe und –leben and selections of British songs. Also for Decca she sang lieder and oratorio and opera arias from her growing repertoire, including the perennial favourite What is Life? in 1946. But surely the celebrated recording of Mahler’s song-symphony Das Lied von der Erde – made in Vienna in 1952 and conducted by Bruno Walter – stands as her greatest memorial, a performance by which more recent versions are invariably judged.

Fine as all these recordings are, made using the most advanced technology available at the time, it is perhaps in Kathleen’s surviving radio broadcasts that most interest lies. From BBC broadcasts came the first radio performance of Britten’s The Rape of Lucretia in 1946; a celebrated Lieder recital from the 1949 Edinburgh Festival, with Bruno Walter at the piano; four recordings conducted by Sir John Barbirolli, including another Das Lied von der Erde and Chausson’s Poème de l’amour et de la mer, and Brahms’s Liebeslieder Walzer from the 1952 Edinburgh Festival.

Dutch radio was the source of another performance of Rape of Lucretia in 1946 and Mahler’s gigantic Second Symphony and Kindertotenlieder conducted by Otto Klemperer in 1951.The world première of Britten’s Spring Symphony was given in Amsterdam in July 1949 and issued on a Decca CD in 1994 – a remarkable document indeed. A complete Orfeo ed Euridice by Gluck, from the 1951 Holland Festival, was released in 1978, showing the late glory of Kathleen’s majestic interpretation. In Vienna in June 1950 Kathleen sang in Bach’s St Matthew Passion and B Minor Mass, conducted by Herbert von Karajan, and both have been released on various labels during the last 20 years. These performances are quite outstanding and the other singers are also of top quality; Ferrier at her absolute best!

In May 2017 a new CD was released by SOMM RECORDINGS of broadcasts from the BBC Sound Archives and from the National Sound Archives at the British Library. Entitled Kathleen Ferrier Remembered, this comprises Lieder and British songs and includes 19 tracks never previously published – a quite amazing issue after almost 70 years!

Five extracts of Kathleen’s speaking voice survive and we can hear that, like her singing, it was rich and beautiful. To hear her laugh is altogether a different experience, too! These extracts are: A brief talk for Austrian Radio in Salzburg (1949), What the Edinburgh Festival has meant to me BBC (1949), The introduction to Altar on Norwegian Radio (1949), An interview with Eric MacLean for CBC (1950) and an undated (1949/50?) Party Scene in New York.

There are, sadly, too many gaps in the Ferrier discography. No Dream of Gerontius, in which she excelled on the concert platform; just two arias from her beloved Messiah, but no complete performance has survived. A host of German Lieder and British songs were never recorded and we can only dream about so many other pieces in her repertory which we cannot now hear her sing.

We are grateful for all that has survived. Every piece, however apparently insignificant, gives us just a little further light on the glory that was Kathleen Ferrier; and the great works proclaim it con amore!

A selection of Kathleen Ferrier’s recordings, showing composer, title of the work(s), conductor, pianist, orchestra and other principal artists; original year of recording; and (in brackets) the CD/LP number. Not all recordings may be currently available.

Kathleen Ferrier – The complete EMI recordings (including four test recordings from June 1944 (Elgar, Brahms and Gluck with G Moore) two unissued takes of 1949 Kindertotenlieder songs and extracts from a rehearsal of the B Minor Mass in 1950): (EMI no 956 2842)

Mahler, Das Lied von der Erde, with B Walter, J Patzak & VPO Extracts from the Salzburg Festival performance in 1949, including a brief interview with Ferrier for Austrian Radio. (Tahra TAH 725)